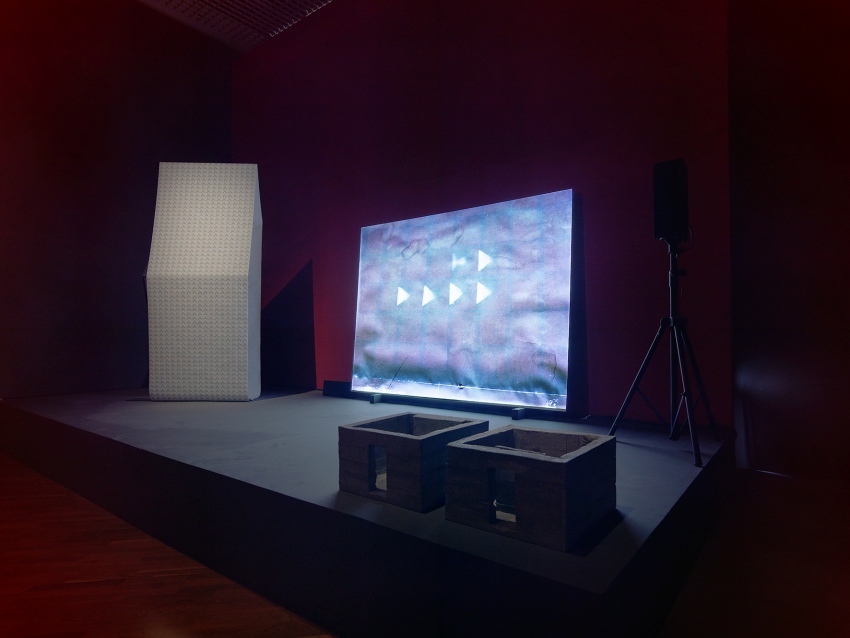 The video installation The Exceeding Image addresses the story of a photograph taken one of the multiple inventors of photography, Hercule Florence, using his gold emulsion and urine in 1833. The photograph has not been found but according to Florance’s description in his journal it was taken directly from his window at his house in Vila de São Carlos (now Campinas), Brazil. The image presented a guard in front of the local prison right across the main square. The possibility of one of the world’s very first photographs being this particular scene, as well as its existence only through writing, serves as the starting point for a fictional script where inventor, guard and prisoners dialogue around this event from their respective spaces: prision, camera obscura, main square. The script is performed by four actors whose voices provoke a further imaginary reconstruction of the image through language and embodied text.

Documentation from the exhibition Not Even the Dead Will Survive, Pinacoteca, São Paulo, Brazil.

For more information: Not Even the Dead Will Survive, Pinacoteca, São Paulo, Brazil, 2019